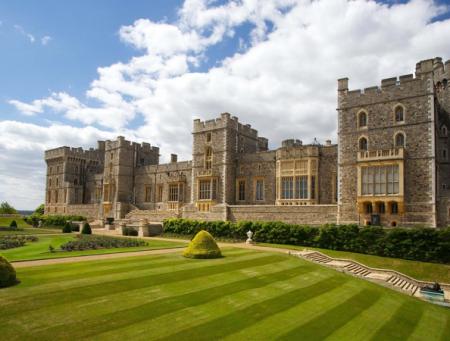 Discover the locations and landmarks that make up Britain’s royal heritage. From the Scottish Wars of Independence to the Tower of London, learn the secrets of the monarchy and uncover the histories of royal residences past and present. Royal privileges can also be yours, such as Champagne Afternoon Tea aboard a beautiful floating hotel, and insider-access to palaces before the official opening times.

Start your royal journey with a day in London. The Goring Hotel will be your base, a historic luxury hotel in the affluent Belgravia district.

Tower of London and Westminster

Meet your guide for a private tour of the Tower of London. Here the Yeoman Warders – the ‘Beefeaters’ - guard the dazzling Crown Jewels. Visit the White Tower and the reconstruction of royal living apartments in the Medieval Palace. Next, your guide will escort you to Westminster Abbey, the scene of the Queen’s Coronation. Head over to Whitehall, where you will enjoy insider-access to the only surviving part of King Henry VIII’s Whitehall Palace. During August or September, you may visit Buckingham Palace’s opulent state apartments where functions are held each year. Otherwise, visit the Queen’s Gallery where items from the Royal Collection are

Enjoy a private early morning tour of Kensington palace, instead of the usual, regular entrance time. These unique opportunities are not to be missed, for that exceptional insider-access. Walk over to see the fountain in Kensington Gardens that was created in memory of Diana, Princess of Wales.

You will also visit St. Paul's Cathedral, the baroque masterpiece that was rebuilt by Sir Christopher Wren after the Great Fire of London. It has also been used for state occasions, most notably the wedding of the Prince of Wales to Lady Diana Spencer in 1981.

Head out into the rural English countryside with your guide to see the beautiful Cotswold Hills. Visit Cirencester and Avening, where the home of the Princess Royal is located. Stop off in Tetbury, one of the most attractive towns in the region, and enjoy browsing the antique shops. It is very close to Highgrove House, the home of the Prince of Wales, and you can explore Highgrove Shop, known for its wide range of organic foods and gifts. Finally, your driver will take a southern route back to London.

Your driver-guide will take you to Windsor Castle, the Queen’s favourite residence. Visit the state apartments and St. George's Chapel, home of the Order of the Garter. You will then transfer to the airport for a domestic flight to Edinburgh. Check in to The Balmoral, a stylish five-star property right in the heart of the city, known for its majestic clock tower.

This morning, meet your guide to walk around Edinburgh and see sites including Edinburgh Castle, where the Scottish Crown Jewels are held, St. Giles Cathedral, the Canongate and Holyrood Palace, the official residence for the Queen in Scotland. Enjoy an insider look into the staterooms – if no member of the royal family is present during your visit.

In the afternoon, hop on board The Fingal, a luxurious floating hotel, and enjoy Champagne Afternoon Tea, watching the world go by. Afterwards, step aboard Royal Yacht Britannia, with private behind-the-scenes access.

Your guide will drive north of Edinburgh, crossing the mighty Forth Bridge en route to Scone Palace, home of the Earls of Mansfield. In the palace grounds is Moot Hill, the ancient coronation place of Scottish kings, who sat on the Stone of Destiny during the ceremony. Next, cross the River Tay to Fife, and explore the town of St. Andrews. Discover the ruins of the cathedral and Scotland’s oldest university, where the Duke and Duchess of Cambridge met.

The final day will take you to Stirling, the site where both William ‘Braveheart’ Wallace and Robert the Bruce defeated the English armies during the Scottish Wars of Independence. See Stirling Castle – one of the most important royal fortresses in Scotland.

On your return back to Edinburgh, visit the ruins of Linlithgow Palace. This was one of the favourite residences of the Stuart Kings of Scotland. Even though a ruin, the stout remains indicate how majestically the medieval monarchs lived, with a backdrop of a beautiful lake.

Take a private transfer back to Edinburgh airport for your departure flight.

The price shown is a guide - based on two people sharing.,